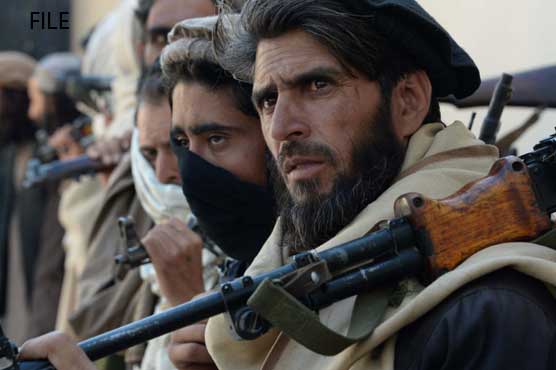 Afghan Peace Process: Talks with Taliban likely to be held in Islamabad

ISLAMABAD (City News) – US Special Representative on Peace and Reconciliation in Afghanistan Zalmay Khalilzad on Friday has expressed the desire to negotiate with the Taliban in Pakistan.

According to City News sources, in an important development in the Afghan peace process, the next round of talks with the Taliban is likely to be held in Islamabad.

Pakistan has decided to invite Afghan Taliban in Islamabad to hold next round of peace talks.

Sources further said that more than a dozen Afghan Taliban leaders would arrive in Islanmabad and Qatar would also participate in the dialogues.

Saudi Arabian and Qatar’s participation in the dialogues is being considered a huge development.

Foreign Minister Shah Mehmood Qureshi and the visiting US Special Representative on Peace and Reconciliation in Afghanistan, Zalmay Khalilzad held talks at the Ministry of Foreign Affairs, in Islamabad on Friday and discussed the progress achieved so far in the peace and reconciliation process in Afghanistan.

The foreign minister assured the US envoy that Pakistan will continue its sincere efforts to facilitate the Afghan-reconciliation process to bring peace and stability to the region, adding that establishing peace in Afghanistan is a common responsibility of all the stakeholders.

Zalmay Khalilzad thanked the Foreign Minister for facilitating the direct talks between the United States and the Taliban. “The US leadership values Pakistan s endeavors for peace and reconciliation in Afghanistan,” he said.

He was accompanied by an interagency delegation representing Departments of Defence, State and National Security Council while the Foreign Secretary was assisted by senior officials from Ministries of Foreign Affairs and Defence.

Ambassador Khalilzad lauded Pakistan s efforts in facilitating direct talks between Taliban and the US in Abu Dhabi last month.

She said it is noted that taking the Afghan peace process forward remains a shared responsibility.

Both sides agreed that ultimately the intra-Afghan dialogue would be vital to agree upon the contours of a future Afghan polity so that the country becomes stable and prosperous and at peace with its neighbors. Ambassador Khalilzad will also call on Foreign Minister tomorrow.

On Wednesday, Afghan President Ashraf Ghani made a telephone call to Prime Minister Imran Khan to discuss the recent efforts for peace and reconciliation in Afghanistan.

He expressed his gratitude for Pakistan s sincere facilitation of these efforts, initiated by the US Special Representative for Peace and Reconciliation in Afghanistan Zalmay Khalilzad.

Prime Minister Imran Khan assured President Ghani that Pakistan was making sincere efforts for a negotiated settlement of the conflict in Afghanistan through an inclusive peace process as part of shared responsibility.

UN aims to re-launch Yemen peace talks ‘within a month’