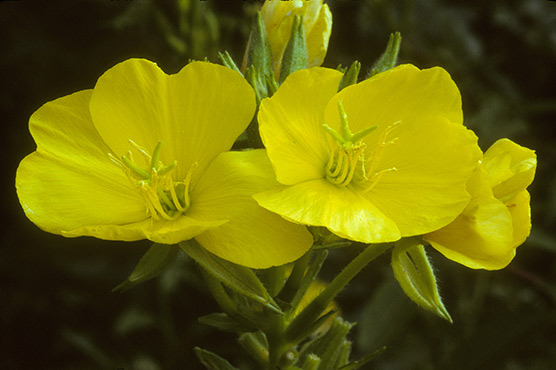 (Web Desk) – Plants do have the capability of listening, and flowers are technically their ‘ears’, according to a new research by scientists.

The team which had been studying evening-primroses (Oenothera drummondii) observed, and subsequently found evidence that plants can actually hear the buzz of passing bees and produce sweeter nectar in response to entice the flying insects in.

Within minutes of sensing the sound waves of nearby bee wings through flower petals, the concentration of the sugar in the plant s nectar was increased by an average of 20 percent.

Furthermore, the flowers could also be seemed to tune out irrelevant background noises including the wind.

According to the researchers, this ability could yield several plants an evolutionary advantage by maximising their chances of spreading pollen.

“Our results document for the first time that plants can rapidly respond to pollinator sounds in an ecologically relevant way,” wrote the researchers from the Tel-Aviv University in Israel.

The scientists went into the experiments with a hypothesis i.e. plants can pick up the vibrations of sound waves, and that this might be part of the reason many plants flowers are bowl shaped, in order to better trap the sounds.

The experiments involved more than 650 evening-primrose flowers, and it was observed that nectar production was measured in response to silence, sound at three different frequency levels, and a recording of the buzzing noise made by bees.

Both the field recording of buzzing bees and the low-frequency sounds that closely matched the recording were enough to change the mix of the nectar in just three minutes.

However, the silence and the high and mid frequency sounds had no effect.

Contrarily, the researchers also performed experiments with plants that had some flower petals removed.

Astonishingly, no change in nectar production was noted, which indicated that it were the flowers which have the ‘job’ of the listening for plants.

Another research team noted that it would be maladaptive for plants to not use sound for communication.

Releasing more sweet nectar implies that bees may well stay feeding for longer – increasing the chances that they ll pick up pollen – which in turn makes it more likely that the insects will return to flowers of the same species in the future.

This sweetness boost needs to be timed perfectly though, to make it worth the flowers while – and that s exactly what seems to be happening.

As yet the work hasn t been peer-reviewed, and it s not clear precisely how the vibrations are being decoded and turned into a trigger for sweeter nectar production, but it s an intriguing first step into the study of how plants react to sounds around them.

They remarked that it had been observed in the past research that plants respond to touch and daylight, and now – acoustic vibrations have been added to the list.

Following such a breakthrough, the researchers have now turned to analyse how plants would respond to other sounds of animals and humans.

“Some people may think, how can plants hear or smell?” one of the study authors Marine Veits told National Geographic.

“I d like people to understand that hearing is not only for ears.”

The research has been published on the pre-print server bioRxiv.