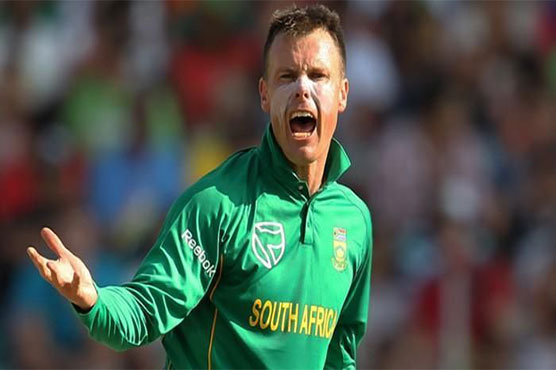 JOHANNESBURG (Agencies) – South Africa’s Johan Botha, an all-rounder in the truest sense of the word, has retired from all forms of cricket with immediate effect.

The off-spinner had been representing Hobart Hurricanes in Australia’s Big Bash League, but has had to cut his stint short, citing “wear and tear on his body and sheer physical fatigue”, according to a Hurricanes statement.

Such is perhaps to be expected after a 19-year career which saw Botha start as a medium-pacer, become an off-spinner, re-model his action in the face of questions over his bowling action, represent South Africa more than 100 times across formats, captain them in 21 of those games, and play for countless T20 franchises.

While his spin perhaps didn’t have the bite required to make him a force in Test cricket – he played only five games in the longest format – his canny, accurate off-spin, punchy batting and fine fielding made Botha the archetypal white-ball all-rounder, adaptable in the extreme.

He was one of South Africa’s stand-out performers at the 2011 Men’s Cricket World Cup, maintaining a miserly economy rate of 4.07 runs per over, while his abilities under pressure are further emphasised by his two Player of the Match performances in T20Is, in thrilling one-run and three-run wins against West Indies and New Zealand in 2010 and 2012.

The World T20 in 2012, in which the Proteas crashed out at the group stages, would see Botha’s international career come to an end, with the off-spinner opting to take up the captaincy of South Australia, ruling him out of international contention. He carried on playing in T20 leagues the world over, racking up almost 500 professional games, and grabbing over 500 wickets.