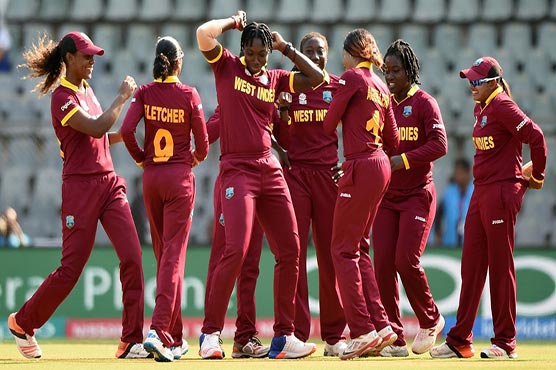 However, they will do so without the services of their captain Stafanie Taylor.

Reportedly, Taylor is expected to join the team for the ODI series against Pakistan in Dubai. The ODI’s are scheduled for February 7, 9 and 11.

West Indies had last toured Pakistan in March 2004 for an ODI series. They were only the second team overall to play in the country, after Netherlands. They will play the three T20Is at the Southend Club in Karachi, before moving to Dubai for three ODIs that will be part of the 2017-21 ICC Women s Championship.

The first ODI will be held at the Dubai International Cricket Stadium, while the second and third matches have been assigned to the ICC Academy ground.

“The visit of the West Indies women s team to Karachi is great news not only for Pakistan cricket but for women s cricket in general,” PCB chief operating officer Subhan Ahmad said.

“We are thankful to Cricket West Indies and their players for trusting the PCB and agreeing to play three T20Is in Karach. The decision of Cricket West Indies endorses our position that Pakistan is as safe and secure as any other country. On behalf of the PCB, I would like to say that we are confident that this tour will go a long way in the complete revival of international cricket in Pakistan,” he went on to say.

“By playing in Karachi, they will also contribute to the growth and popularity of women s cricket in this part of the world. I am sure this series will inspire a number of young women cricketers to take up this great sport,” he added.

The West Indies women will arrive in Dubai on January 26 before travelling to Karachi on January 30.

Dollar up by 20 paisa in open market