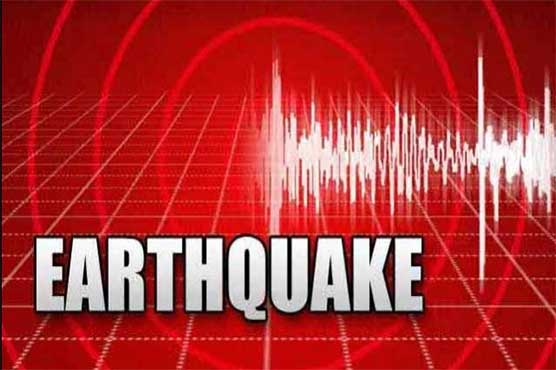 LAHORE  An earthquake of moderate intensity was felt in several parts of the country on Saturday.

According to details, the jolts were recorded at an intensity of 5.8 on the Richter scale at 5:03pm.

The earthquake’s epicentre was reported by the Regional Seismic Monitoring Centre, Peshawar to be the Hindukush region, Afghanistan. It had a depth of 80 kilometres.

However; in Karachi the magnitude of the earthquake was 2.9 with an epicentre in the north of the city and depth of 15 kilometres.

No reports of life and property loss have been received yet.