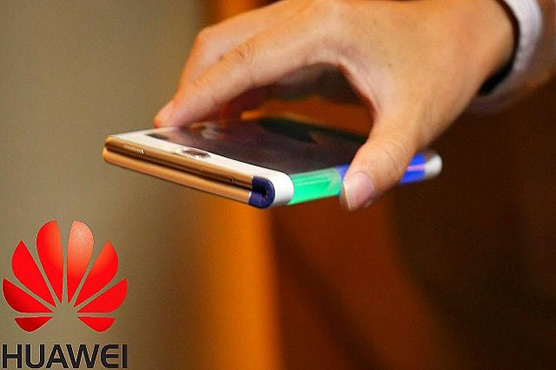 (Web Desk) – Huawei has unveiled a teaser image of the upcoming 5G Foldable smart-phone which will see the light on February 24 at 14:00 CET in Barcelona, Spain.

Recently, the company has given a briefing on 5G and has enlightened its new Balong 5000 5G modem and the company’s base station hardware.

Besides, this foldable 5G phone will feature an 8” screen whereas it will have a 5’’ screen when folded.
Huawei‘s first foldable phone will be illuminated at Mobile World Congress (MWC) and the handset will have the Kirin 980 chipset.

Moreover, this device will be a bit larger than the Samsung prototype of 4.6” and 7.3” diagonals.

Meanwhile, Samsung, Xiaomi and LG have also been working on the foldable devices.

However, according to the sources, the Huawei’s foldable phone will be the world’s first foldable smartphone, followed by Samsung.

We are not sure which smart-phone maker will win the race in launching their foldable handset first.

Furthermore, Xiaomi has reportedly begun to design and develop its own foldable smart-phone with an expectation of being the cheapest device ever in its category.

Foldable phones are poised to become the next big thing in the wireless world.

Samsung has also achieved the center of attention by promising a bendable device in the first half of 2019.

Huawei may have raised the stakes somewhat by teasing 5G capabilities for its phone.

The year 2019 will mark the first big deployment of the high-speed next-generation phones with 5G networking technology.

Samsung – which Huawei reportedly hopes to overtake as the world’s No. 1 smart-phone seller by the end of 2020 – may also reveal its first foldable phone in February.