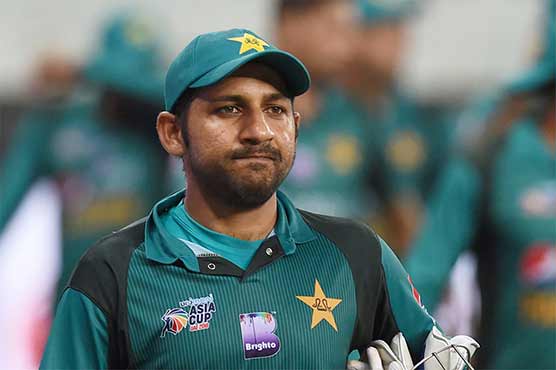 Disappointed Pakistan Cricket Board (PCB) over the suspension of Pakistan Skipper Sarfaraz Ahmed for four matches on Saturday decided to raise this matter at the forum of International Cricket Council (ICC).

According to officials , PCB has decided not to appeal against the sentence but will be pursuing this matter at the ICC forums with the objective to bring reforms to the Code, promoting amicable resolutions to issues as opposed to penalties at important meeting to be held at the end of February following year.

The PCB noted the ICC decision on Sarfaraz Ahmed with its utmost disappointment. PCB had anticipated that the matter had been resolved amicably between the two players and the two Boards following Sarafraz Ahmed’s public apologies which were accepted by the player, the Board and South Africa cricket team.

Sarfaraz was handed over a four-match suspension by the International Cricket Council (ICC) for hurling racial remarks at Phehlukwayo during their second ODI in Durban.

He was picked up by the stump mic saying, “Hey black [man], where is your mother sitting? What prayer did you get her to say for you today? (Abay kaalay, teri ammi aaj kahan baitheen hain? Kya parhwa ke aya hai aaj tu?)”.