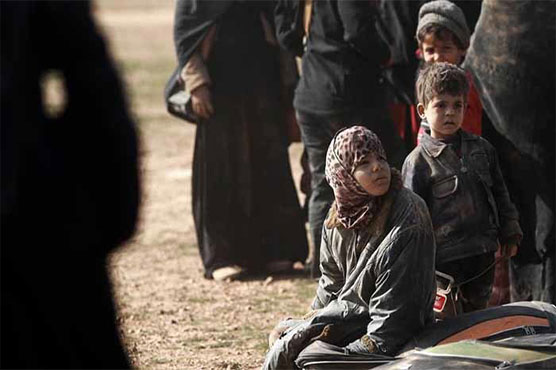 In the past week alone, the UN says more than 10,000 people have fled from the conflict zone to Al-Hol, where the main camp for people displaced by the fighting against IS is located.

“Humanitarian actors have collectively requested forces in control of the area to designate a transit site en route for Al-Hol where life-saving assistance can be provided,” said Andrej Mahecic, spokesman for the UN refugee agency (UNHCR).

So far the request “remains unanswered,” he told journalists in Geneva.

The area is under the control of the Syrian Democratic Forces, backed by a US-led coalition, which are battling the last shreds of the IS “caliphate” near the town of Hajin in the Euphrates River valley.

The UNHCR says families fleeing the Hajin enclave describe a harrowing journey, “wading through mine fields and open fighting”.

Once reaching the SDF positions, “they describe being herded into open trucks and having to endure another arduous journey in winter weather northwards to Al-Hol camp. Little or no assistance is provided en route to the hungry and cold people, the vast majority of whom are women and children,” a UNHCR statement said.

Since early December at least 29 young children and newborns died on their journey or shortly after arrival at the camp, according to the UN.

“We reiterate our calls for unhindered humanitarian access. It is vital that our teams are able to deliver life-saving humanitarian assistance, especially during this harsh winter period,” Mahecic said.

The Syrian conflict has killed 360,000 people and led millions to flee their homes since starting with the brutal repression on anti-government protests in 2011.