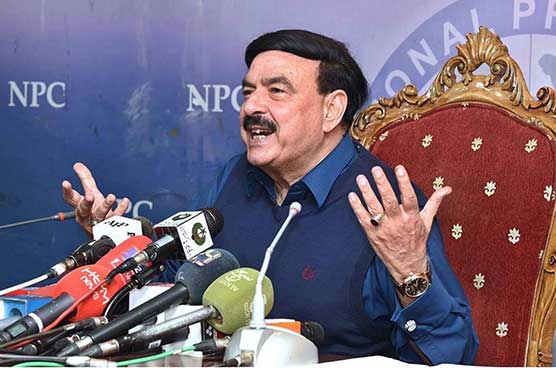 Will stand by Bilawal if he embarks on long march against corruption: Sheikh Rasheed

Federal Minister for Railways Sheikh Rasheed on Saturday has said that he will support Pakistan Peoples Party (PPP) chairman Bilawal Bhutto Zardari if he embarks on long march against corruption.

Earlier, Sheikh Rasheed Ahmad had lashed out at the Leader of the Opposition in the National Assembly (NA) Shehbaz Sharif after getting nominated as a member of the PAC and vowed to perform his audit committee’s chairman.

“There will be two accounts committees which will work side-by-side; Shehbaz Sharif will lead the first, and I will head the second,” he went on to say.

“Production orders cannot be issued during remand of an accused person,” he said, asking that he must be shown rules and regulations by which those orders were being issued.