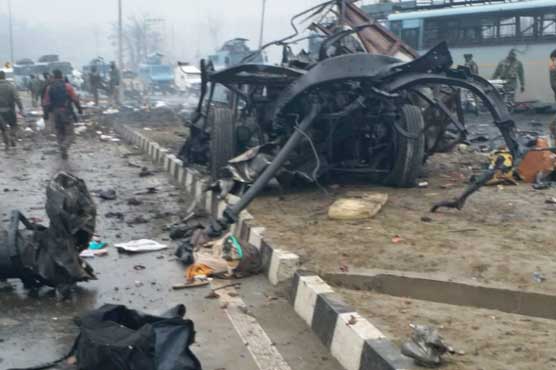 SRINAGAR – At least 18 Indian security personnel were killed and many others wounded after a car filled with explosives rammed into a military convoy in Indian-occupied Kashmir (IoK).

As per the details, the incident took place when a car laden with explosives hit an Indian Central Reserve Police Force bus triggering off intensive blast, resultantly 18 security forces personnel were killed and several others seriously wounded.

The bodies and wounded men were shifted to Indian army’s hospital in Srinagar. Authorities say the death toll may rise.

The traffic was suspended on the highway following the blast. Indian troops cordoned off the entire area and launched search operation.

The attack on the Indian paramilitary forces convoy comes a day after at least 25 high school students were injured by an explosion in their classroom in Indian-administered Kashmir.