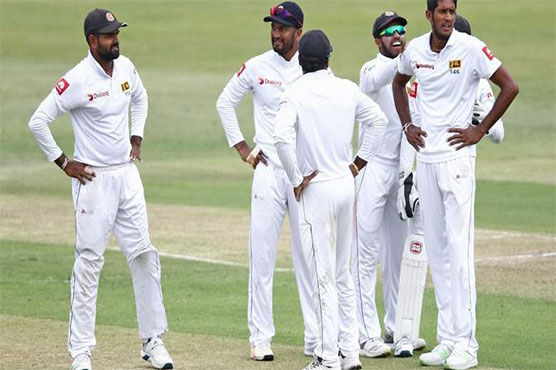 DURBAN (AFP) – The start of South Africa s first Test against Sri Lanka on Wednesday was hit by confusion and controversy before a run had been scored.

It was sparked by the refusal of a Sri Lankan player review which prevented the tourists from taking two wickets at Kingsmead.

Hashim Amla was given not out by umpire Aleem Dar following an appeal for leg before wicket, two balls after left-arm opening bowler Vishwa Fernando had Dean Elgar caught behind in just the second over.

He was told he had taken too long and the decision was not sent to television umpire Ian Gould.

Replays showed the ball had pitched in line and would have hit the stumps, which would have resulted in the original decision being overturned if a review had been allowed.

The lapse was not costly as Amla made only three before he was caught at second slip off Suranga Lakmal for three in the sixth over.

But the incident appeared to contravene the International Cricket Council s playing conditions. They state that “the total time elapsed between the ball becoming dead and the review request being made shall be no more than 15 seconds”.

In an analysis during the lunch interval, SuperSport television showed the total time between Dar turning down the appeal and Karunaratne asking for a review was 12 seconds — within the permitted time.

The playing conditions also state that the umpire at the bowler s end, in this case Dar, “shall provide the relevant player with a prompt after ten seconds if the request has not been made at that time”.

Replays did not make it clear whether Dar had offered a prompt.