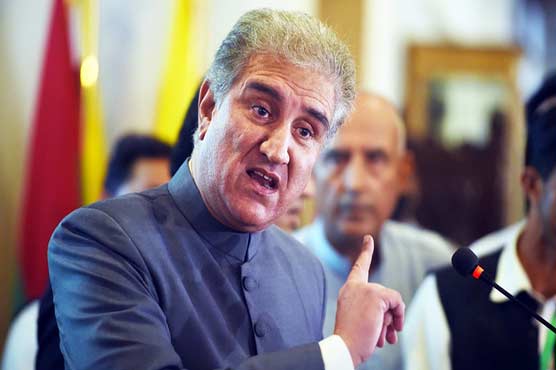 In a statement after the violation of LOC by Indian Air Force, Qureshi said better sense should prevail in India. He said the Nation should not be worried over the Indian act as the defenders of the country are fully prepared to respond to any misadventure.
He said it is our faith that God Almighty is the only supreme power.

Shah Mehmood Qureshi said we are peace loving nation and have registered successes in the war on terrorism. He said peace has established in Pakistan as a result of sacrifices of martyrs.

PAF forces Indian aircrafts to scramble back after LoC violation

He said Indian aircrafts intruded from Muzafarabad sector. Facing timely and effective response from Pakistan Air Force released payload in haste while escaping which fell near Balakot. No casualties or damage.