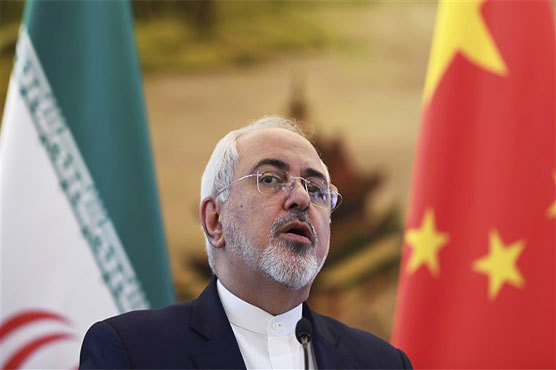 TEHRAN (AFP) – Iranian Foreign Minister Mohammad Javad Zarif, who was the lead negotiator in the 2015 nuclear deal, announced his resignation on Instagram on Monday, which can only take effect once President Hassan Rouhani accepts it.

“I apologise for my inability to continue serving and for all the shortcomings during my term in office,” Zarif said in a message posted on his verified Instagram account.
Zarif thanked Iranians and “respected officials” for their support “in the last 67 months”.

The resignation of Iran s top diplomat was confirmed by an informed source, however Rouhani s chief of staff strongly denied reports that the president had accepted Zarif s resignation in a tweet.

The resignations happened hours after a surprise visit by Syrian President Bashar Al-Assad to Tehran. However, according to the semi-official ISNA News Agency, Zarif was not present at any of Assad s meetings with Iran s supreme leader Ayatollah Ali Khamanei and Rouhani.

Prominent members of parliaments immediately called for Rouhani not to accept the resignation.

“Undoubtedly the Iranian people, government and state will not benefit from this resignation,” said Mostafa Kavakebian, a reformist MP.
“A great majority of MPs demand that the president never accept this resignation,” he said in a tweet.

The head of parliament s influential national security and foreign policy commission told ISNA how a planned trip to Geneva with Zarif on Monday afternoon had been cancelled at the last minute with no explanation.

“I suddenly got a text message saying the trip has been cancelled,” Heshmatollah Falahatpisheh told ISNA, adding that this was not the first time Zarif had resigned but “that he has done so publicly this time means that he wants the president to accept it this time.”

Zarif, 59, has served as Rouhani s foreign minister since August 2013 and has been under constant pressure and criticism by hardliners who opposed his policy of detente with the west.

His standing within Iran s political establishment took a hit when the US withdrew from the nuclear deal in May 2018 and the deal s achievements became less and less clear as Iran s economy nosedived.

Zarif was blamed by ultra-conservatives for negotiating a bad deal that had not gained anything meaningful for Iran for all the concessions it had made in its nuclear program.

The faceoff between the minister and his critics only intensified as time passed, with Zarif saying his main worry throughout the nuclear talks had been from pressure from inside Iran.

“We were more worried by the daggers that were struck from behind than the negotiations,” he told a local newspaper on February 2.

“The other side never managed to wear me down during the negotiations… but internal pressure wore me down both during and after the talks,” he said.

The latest point of contention between Zarif and hardliners was the implementation of the Financial Action Task Force s requirements regarding money laundering in Iran.

The rift on the issue pitched the government and the parliament against supervisory councils.

On Sunday, ISNA reported that Zarif had warned the Expediency Council, an arbitration body tasked with solving such impasses, that it should “understand the consequences of its decision.”

He was immediately attacked by the ultra-conservatives who deemed what Zarif had said as a threat.