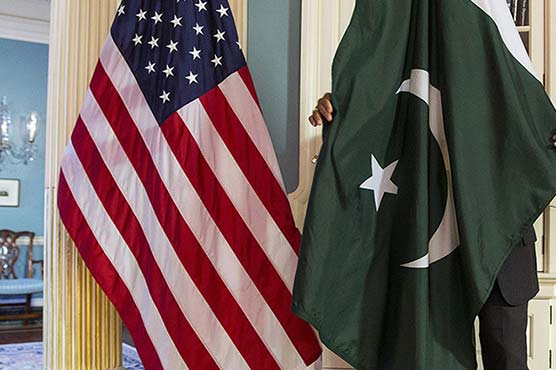 ISLAMABAD – The spokesperson US embassy on Tuesday clarified that no change was made in visa policy for Pakistan.

According to the embassy statement, the visa duration and fee were similar for all countries while all the details in this connection were available on the website from January 31.

The spokesperson further said that the visa duration for Pakistani citizens has been reduced to three months from five years, adding that the announcement will also be applicable to the Pakistani journalists who would be issued visas for three months.

In May last year, in a tit-for-tat move, Pakistan had imposed reciprocal travel restrictions on American diplomats in the country as similar restrictions on the movement of Pakistani diplomats were imposed in the US.

The measures include travel restrictions, as well as treating US diplomatic cargo at Pakistani airports and ports in accordance with Vienna Convention’s Article 27 “which does not provide for an exemption from scanning”.

A letter issued by the Ministry of Foreign Affairs to the Embassy of the United States had said the US diplomatic cargo at Pakistani airports and ports will be strictly treated in accordance with the provisions of Article 27 of the Vienna Convention on Diplomatic Relations, which does not provide for an exemption from scanning.

The letter further stated that the US Embassy and Consulates in Pakistan will no longer avail facilities of using tainted glass on official vehicles and rented transport; non-diplomatic number plates on official vehicles; diplomatic number planes on unspecified and rented vehicles; and the facility of biometrically unverified or unregistered cell phone SIMs.

It further said the facilities of hiring or shifting of rented properties without prior no objection certificate and overshooting visa validity periods and having multiple passports will also not be available to the US diplomats forthwith.