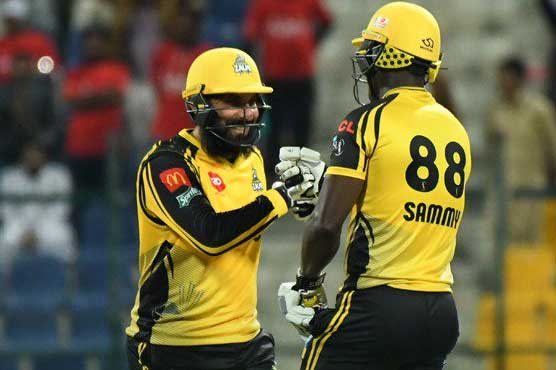 ABU DHABI – Peshawar Zalmi have defeated Lahore Qalandars by four wickets in a last over thriller in the 25th match in Abu Dhabi on Tuesday.

Qalandars – without the injured AB de Villiers – struggled to 124-7 on a sluggish pitch but their bowlers hit back hard to reduce Zalmi to 20-5.

Thereafter, the heroics of Misbahul Haq (59* runs) and Daren Sammy (46 runs) – the highest for the wicket in PSL history – helped seal victory and a PSL 2019 playoff spot for Peshawar.

For Lahore Qalandars, Tymal Mills grabbed 3 wickets for 29 and Sameen Gul got two wickets for 17 runs.

In the first innings, Haris Sohail scored 43 runs and David Wiese was not out at 26 runs. 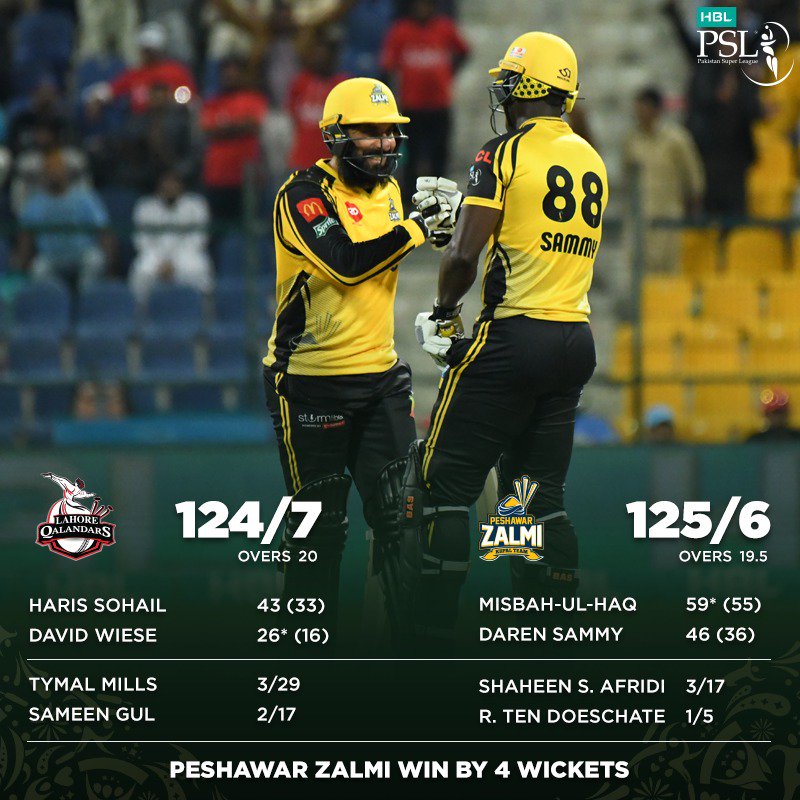 Misbahul Haq was declared Man of the Match for his match winning knock. 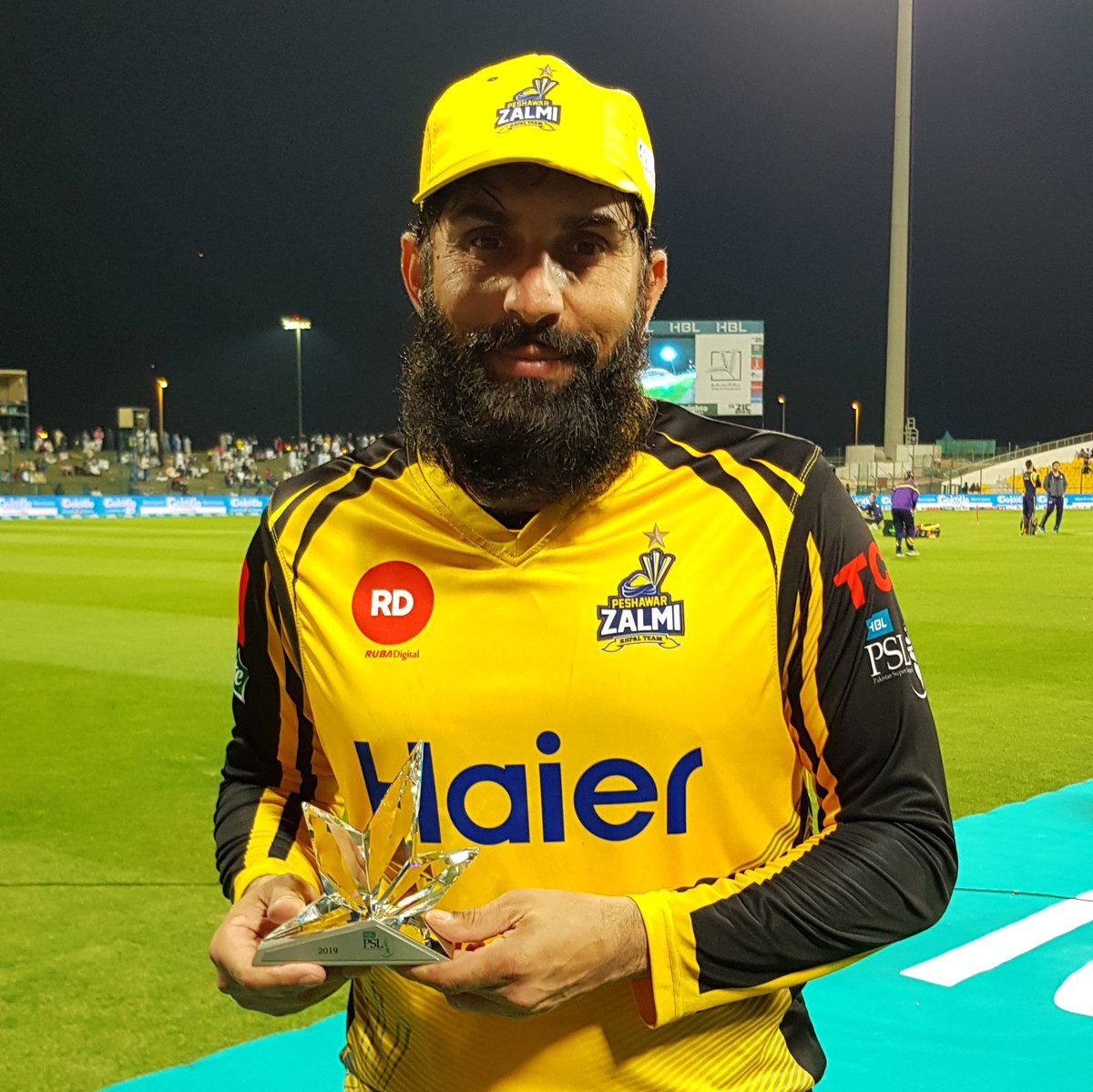 WATCH: Fall of Wickets in the match between @lahoreqalandars and @PeshawarZalmi at @thePSLt20