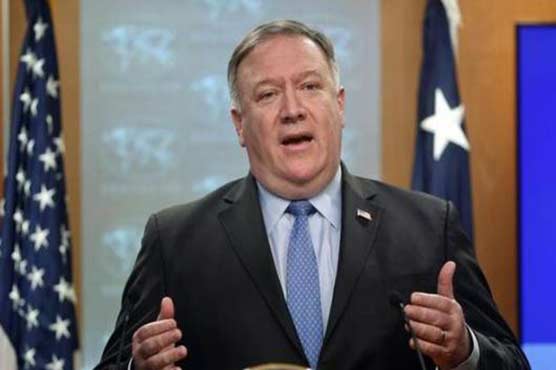 (Reuters) – U.S. Secretary of State Mike Pompeo said on Monday he was hopeful the United States would send a delegation to North Korea in the coming weeks, after talks between President Donald Trump and North Korean leader Kim Jong Un ended with no agreement.

The leaders’ second summit in the Vietnamese capital of Hanoi collapsed last week without any agreement or immediate plan for a third meeting between them, or their delegations.

“I am hopeful, although I have no commitment yet, that we will be back at it, that I’ll have a team in Pyongyang in the next couple weeks,” Pompeo told the Iowa Farm Bureau.

“I’m continuing to work to find those places where there’s a shared interest.”

The two sides gave different reasons for the abrupt end in last week’s talks about denuclearization on the Korean Peninsula. Trump told reporters on Thursday that North Korea wanted all of the sanctions lifted in their entirety.

But North Korean foreign minister Ri Yong Ho disputed that claim during a midnight news conference, saying North Korea had asked only for a partial lifting of the sanctions in exchange for dismantling its main nuclear site at Yongbyon.

“We’ve been engaged in the fundamental proposition of trying to convince Chairman Kim, who is 35 years old, that the historic strategy which said that, absent nuclear weapons, North Korea will fall, that the government will fall, that it was their only way of achieving security for their country. And they trust that. They’re confident that that will protect them,” Pompeo said on Monday.