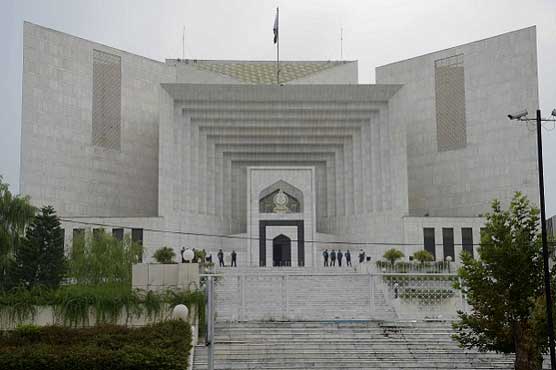 ISLAMABAD – The Supreme Court (SC) on Tuesday dismissed a plea against death penalty in murder case.

During the proceedings, government lawyer told that all the three murders happened in one transaction.

“The murders were not committed at one place but the people were followed and killed in their homes and other places,” said CJP. “Yes the crime took place at crowded places,” responded the lawyer.

“They all were Gujjar and were into milk business. This is not a case of terrorism but personal enmity,” remarked the Chief Justice.

“The incident took place in Azeem Ground Mughalpura, Lahore in 2007. The suspects had forbidden the victims to tie buffaloes in front of their residence,” added SC.

The trial court had sentenced the suspects to death after including sections of murder and terrorism. However; the IHC while setting aside the terrorism section kept the other.

The Supreme Court upheld the decision of IHC and dismissed the petition against death penalty.