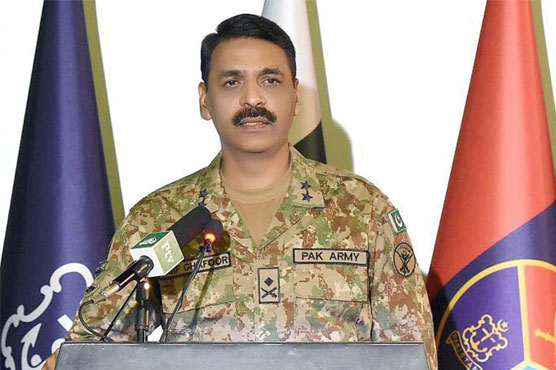 Took action in national interests and not under anyone’s pressure: DG ISPR

Pakistan do not want to affect the peace of region, he stressed.

“Tensions remain heightened between India and Pakistan from 26-28 February. India violated our airspace on February 26. The Indian pilot was captured and later released,” said DG ISPR.

He told that Prime Minister Imran Khan offered probe into Pulwama attack but no contact could be made on hotline between Pakistan and India.

“A dossier has been received by India and investigation is underway over it. It is being reviewed by the relevant ministry. Action will be taken if anyone found responsible,” DG ISPR declared.

“All the political parties agreed over National Action Plan (NAP). The actions have not been taken under any pressure as NAP is being implemented since 2014 when there was neither FATF nor Pulwama incident,” he notified.

Decision to ban Jamaat-ud-Dawa and Falah-e-Insaniat was made in January, he said.