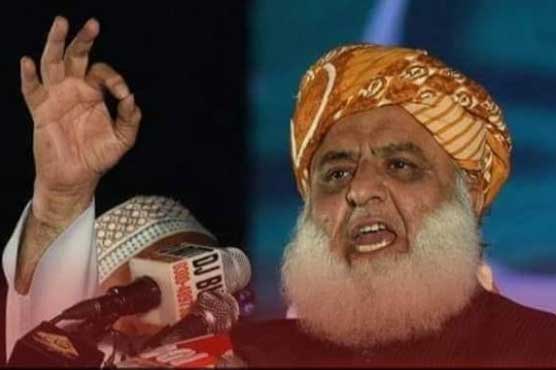 Addressing a press conference in Multan on Sunday, he said that the country is being divided ideologically, adding that discussions to accept Israel are underway in the country.

The JUI-F chief said, “I strongly condemn the civilization that was demonstrated on the International Women Day. Indian culture is being promoted in the country.”

Opposition parties are in contact with each other and they have complete support of the nation, he said.

The JUI-F chief said that Indian pilot should have been released after guarantee, adding that if former prime minister Nawaz Sharif or former president Asif Ali Zardari had released the pilot, they would have been accused of friends with the Indian PM.

He went on to say that injustice is being done with Nawaz Sharif and the government was taking revenge by not providing him access to doctor.

Fazlur Rehman said that restrictions have been imposed on religious parties at the behest of the United States and India.

PM Imran should be awarded peace prize for his efforts for stability in region: Fawad Ch