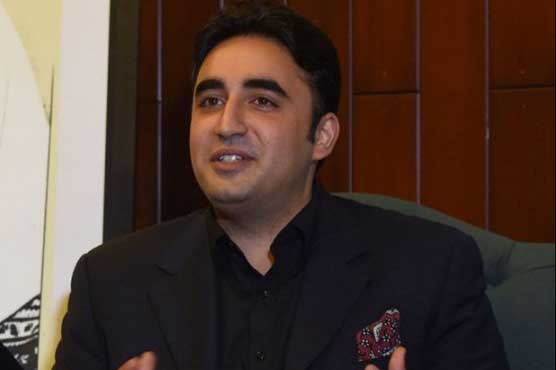 ISLAMABAD – Pakistan Peoples Party (PPP) chairman Bilawal Bhutto Zardari on Wednesday took to Twitter for denouncing the party’s political rivals and rebutting the accusations against him and his father Asif Ali Zardari in the fake bank accounts case.

“Like audacious Mansoor I declare
I have no dread of the hangman’s plank
Why do you fear the prison walls?
These acts of cruelty, these nights in jail
I will not accept, I will not condone”

Both Zardari and Bilawal are summoned by the National Accountability Bureau (NAB) for interrogation into the matter. A large number of party workers has moved to the federal capital on the party’s instructions to express solidarity with them.