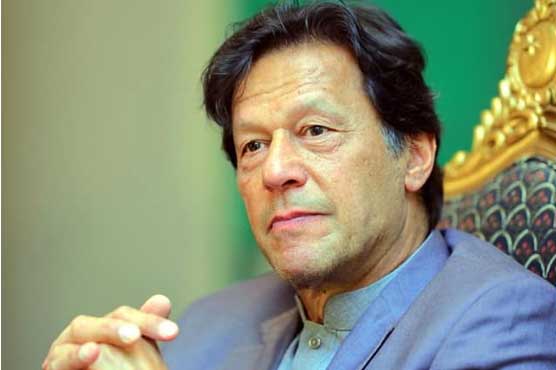 ISLAMABAD – Prime Minister (PM) Imran Khan on Wednesday took to Twitter for praising the widow of Pakistani national Naeem Rashid – who courageously sacrificed his life to hinder terrorist Brenton Tarrant while he went on a rampage on two mosques in Christchurch, New Zealand on March 15.

The PM tweeted a heartening interview of Ambreen Naeem, whose husband and son were among the 50 martyrs of the terrorist attack.
“For all those within and outside the Muslim world these words of Shaheed Naeem Rashid’s wife should make everyone understand the power of faith in Allah and Prophet Muhammed (Peace Be Upon Him),” PM Imran wrote.

For all those within & outside the Muslim world these words of Shaheed Naeem Rashid's wife should make everyone understand the power of faith in Allah & Prophet Muhammed PBUH. 1/2 pic.twitter.com/AmmFngi9HO

Naeem Rashid was a lionhearted Pakistani who resisted terrorist Tarrant as he opened fire indiscriminately at worshippers in New Zealand s mosque during Friday prayers, and later succumbed to his injuries late Friday night.

Late Naeem Rashid, who hailed from Jinnahabad area of Abbottabad was a professor in New Zealand, was severely injured while attempting to overpower the attacker.
His son Talha Naeem was also shot dead in the Al-Noor Mosque mass shooting. In total, nine Pakistanis lost their lives in the massacre.

“How this faith in Allah and His Prophet (Peace Be Upon Him) transforms humans into strong and loving beings who can even feel pity for a terrorist, a mass murderer, who took away their loved ones,” the prime minister added.

How this faith in Allah and his Prophet PBUH transforms humans into strong & loving beings who can even feel pity for a terrorist, a mass murderer, who took away their loved ones. 2/2 pic.twitter.com/KfrAy8qGv2

In the interview, his wife said that her husband was a brave and loving man and love is what made him sacrifice his life.

In a reply to another question, she expressed determination that the incident will not stop her from going to the mosque, and stated “I have learned that it will not stop me from going back. It has made me stronger.”

Rashid will be bestowed a national award on March 23 for his bravery and courage, and sacrificing his life for saving lives of others.