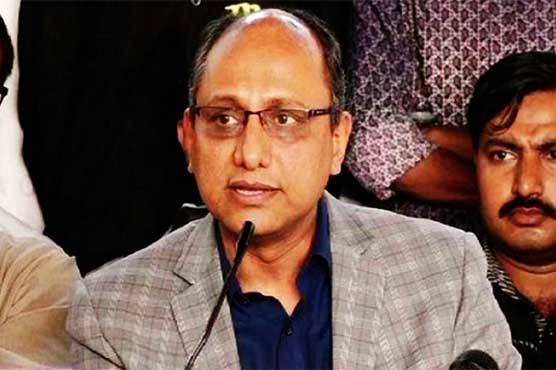 Saeed Ghani demanded the authorities to release the detained party workers. The statement of the PPP leader came in reaction to Fawad Chaudhry’s tweet in which the minister said the whole PPP will arrive in five tongas to welcome chairman Bilawal Bhutto Zardari and co-chairman Asif Ali Zardari.
Fawad Chaudhry had also termed the appearance of Bilawal Bhutto and Asif Zardari before the National Accountability Bureau (NAB) as ‘corruption Olympics episode two.’

Let it be known that the NAB had summoned Bilawal Bhutto Zardari and Asif Ali Zardari to hand over a questionnaire comprising 124 questions to interrogate them in the fake bank accounts case.

A clash between the police and jialas took place on the occasion. PPP secretary general Farhatullah Babar also got involved in a scuffle with the officials. Three policemen were injured in the conflict. The police baton-charged the party workers and detained at least 50 persons.