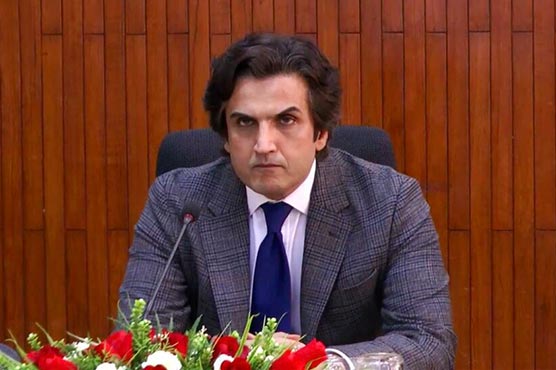 ISLAMABAD : – The 17th Meeting of the Governing Council of Pakistan Bureau of Statistics, presided over by Federal Minister for Planning, Development & Reform Makhdum Khusro Bakhtyar in his capacity as Chairman of the Council, was held on Monday.
The Council approved the proposal of rebasing the Consumer Price Index (CPI) from FY-2007-8 to FY-2015-16. The rebasing was long overdue and the exercise was completed in December 2017 and Technical Committee has cleared it for presentation in the Council.

Speaking on the occasion, the Minister for Planning emphasized the need for authentic data collection for better policy and decision making. He said that PBS should devise a mechanism to deliver more reliable official figures relating to economy, population, agriculture, trade and other areas.

Makhdum Khusro stressed the need to ascertain the real impact of gas and electricity price increases as well as prices of essential food items on consumers falling in different categories. He was apprised that poor consumers falling in the lowest slab have not been affected much by increase in prices of gas and electricity due to protective cover given by the Government.

The meeting was apprised that 5th meeting of the Governing Council of PBS had decided to rebase the National Accounts Committee and Price Statistics after every 10 years. Subsequently, a technical committee under the chairmanship of ex-vice chancellor, PIDE, Dr. Asad Zaman, was constituted which recommended changing the base. It is pertinent to mention here that new base will be published after the approval by ECC.

Various other agenda items also came under discussion during the meeting. Regarding the appointment of Chief Statistician, the Minister directed to expedite the process for smooth functioning of PBS. It was also decided that PBS will conduct Pakistan Demographic Survey (PDS) periodically and try to resolve the issue in consultation with NADRA and local governments. PDS is critical for capturing changing demographic patterns in the country.