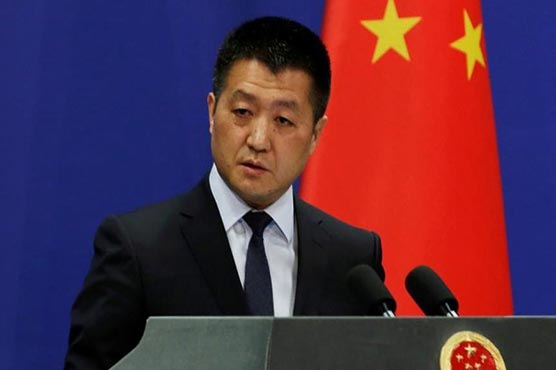 BEIJING (APP) – Chinese foreign ministry’s spokesperson Monday said that less than 20 percent of current projects under China Pakistan Economic Corridor (CPEC) were using the Chinese loans and more than 80 percent of them were directly invested by China or using Chinese grants.

Rejecting impression that Chinese loans were adding to Pakistan’s debt problems, he observed that carrying out major projects with the international financing was a global practice and it was also an effective approach for the developing countries to break the financial bottleneck and expedite their economic growth.

He said that the projects being completed under the CPEC, a flagship project of Belt and Road Initiative did not add burden to Pakistan’s debt issue, adding, rather it strengthened the economy.

The spokesperson remarked that the CPEC was a symbol of China-Pakistan cooperation in the new era and termed it an important pilot project of the BRI announced by Chinese President Xi Jinping five years ago.

Explaining further, he said, it had been more than five years since the CPEC started and added, now there were 22 early harvest projects creating tens of thousands of local jobs and satisfying electricity needs of 8.6 million households there.

Lu Kang said the CPEC had greatly improved Pakistan’s infrastructure and power supply and it was welcomed by the Pakistani government and its people.

The spokesperson advised the critics of the CPEC if they really pay attention to Pakistan’s development, they should actually visit Pakistan and learn what the local people thought of the CPEC and then made their judgment on China-Pakistan cooperation based on the facts.

According to analysts, in the past five years, 11 projects had been completed under the CPEC, and 11 were in the construction stage. The total investment of these 22 projects was about $18.9 billion.

Furthermore, China had become the largest trading partner of Pakistan and the biggest source of foreign direct investment, and the bilateral trade crossed $20 billion last year.