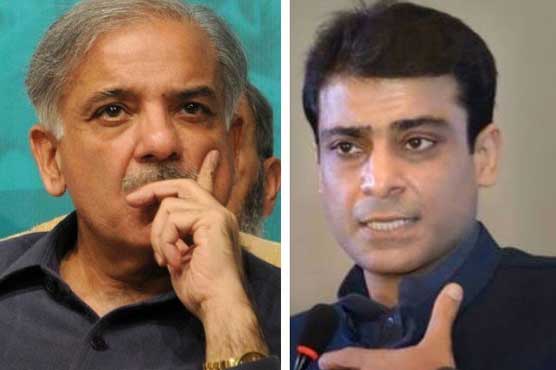 Shehbaz, Hamza decide to appear before NAB court on Tuesday

LAHORE : Opposition leader in National Assembly, Shehbaz Sharif and his son Hamza Shehbaz have decided to appear before NAB court on April 9 (tommorrow).

According to City News sources, the judge of accountability court would hear the cases related to Ashiana housing scandal and Ramzan sugar mills. Strict security measures are to be adopted on 9 April’s hearing. The workers would be confined to civil secretariat.

On the other has NAB has summoned PML-N leader Shehbaz Sharif in assets beyond means and money laundering cases. The accountability watchdog asked Shehbaz to appear before NAB court on 11am along with the answers of a questionnaire given on December 3 last year.

The sources said NAB will investigate Shehbaz over the money transferred to Nusrat shahbaz’ account. Meanwhile the source of amount transferred would be inquired.

NAB also summoned opposition leader in Punjab Assembly, Hamza Shehbaz on April 10 and asked him to submit an answer to the questionnaire given earlier.

It is worth mentioning that LHC barred NAB from arresting Hamza till 17 April. The LHC granted bail to Hamza on the surety bonds of Rs 10m. A two member bench comprising Justice Malik Shehzad and Justice Mirza Rauf heared a case pertaining to pre arrest bail of PML-N leader.

The court after hearing the arguments from both sides granted Hamza pre arrest bail till 17 April.