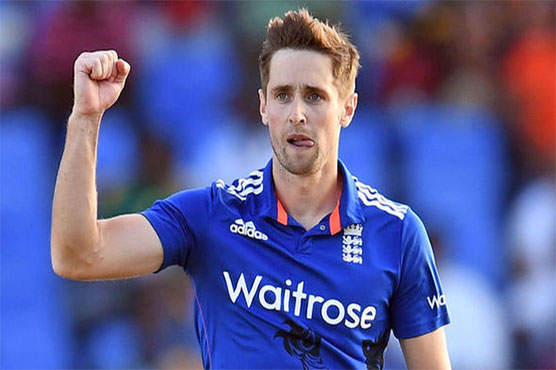 LONDON (Agencies) – Given a choice between winning the ICC Men’s Cricket World Cup 2019 or the Ashes, Chris Woakes, the England pacer, said he’d grab the opportunity to do the former.

England have won every Ashes series at home since 2005. Woakes himself was part of the side that won the 2013 series. However, the 30-year-old believes the chance to lift the World Cup trophy at home doesn’t come around too often – and when it does, they have to make it count.

“If it was a matter of life or death and I had to choose one, it would probably be the World Cup,” Woakes told The Daily Mail. “Just because World Cups at home don t come around too often and we re not often in a position like this as a team.

“I ve only played one home Test against Australia, in my debut series in 2013, but we won the Ashes that summer. To potentially lift the World Cup at Lord s, the home of cricket — that doesn t come around very often. The opportunity to do that is too big to turn down.”

Woakes determination to lift the World Cup has been boosted by the misfortune he faced at the last ICC tournament the England men’s side were part of. In the Champions Trophy 2017 opener, he had sustained a side strain within two overs of their clash against Bangladesh. England were then eliminated against Pakistan, the eventual champions, in the semi-finals.

There is a determination to avoid that eventuality this time. “If you need any more motivation for a home World Cup, that s mine, having missed out on the Champions Trophy,” he said. “We d marked that tournament as a stepping stone in our development and had a chance to win it on home soil.

“For me to bow out in the second over was really frustrating. I d done some really hard yards to make sure I was part of that team. With a home World Cup, and the form we ve shown over the past couple of years, you re desperate to be a part of that.”

England begin their World Cup campaign against South Africa at The Oval on 30 May.