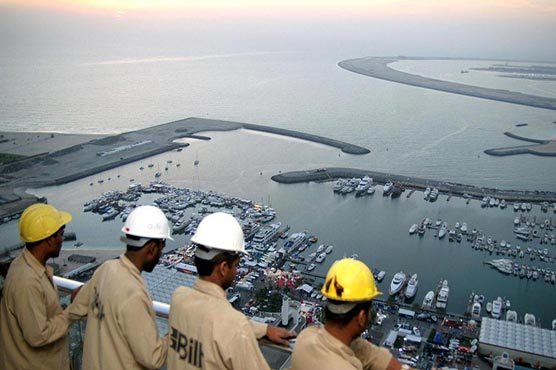 According to the UAE-based newspaper, “While elsewhere in the region, and globally, we have seen anemic growths or a slowdown of economic activities, thanks to its diverse character of economy, the UAE has remained a vibrant source of remittances and employment for Pakistan,” added Moazzam Ahmad Khan, Pakistan Ambassador to the UAE.

Speaking at the 2nd Pakistan Remittance Summit held in Dubai recently, Khan said that the UAE has been generating fresh employment for nearly 200,000 Pakistanis annually.

He also told Gulf News that the number of Pakistanis being employed in the UAE could even be higher, as this figure is based on statistics sourced from the Pakistan Bureau of Emigration and Overseas Employment, which registers every employee going abroad on work permit.

Many people also come to the UAE on visit visas and change their visa status to work permit, which is normally not registered back home.

“In terms of sheer demographics, volumes and value, and the resources it generates for the homeland, the Pakistani community in the UAE, constitutes one of the largest, most productive, most diverse and dynamic diasporas of Pakistanis anywhere in the world,” he noted.

He said that the UAE hosts more than 1.6 million Pakistanis who have, of late, been remitting close to $4.5 billion (Dh16.5 billion) annually to Pakistan.

“The Pakistan-UAE migration and employment corridor is amongst our most established channels for funnelling employment of our nationals abroad, and in turn receiving remittances back in Pakistan,” he added.