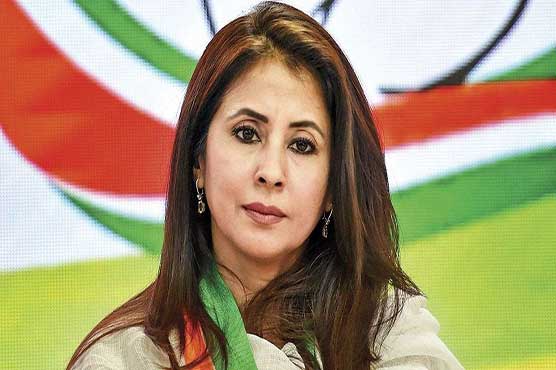 (Web Desk) – The Bollywood hottie, Urmila Matondkar who has also won critical acclaim said she joined politics to fight for the distressing five years of Modi’s rule, that has turned India into a hateful, violent society.

According to media reports, the actress who came under serious criticism for her marriage with a Kashmiri Muslim, feels that there is lack of freedom of any sort in the country and the democracy has taken the form of a dictatorship, where people are living in fear of the regime using hatred as a spearhead.

Urmila pointed out that fear has taken over the society, where even the stars face bullying and often indulge in getting photographed with Narendra Modi not because of his political ideology but for fear of saying ‘No.’

While talking to a media channel, she as a responsible citizen felt to stand up for the people who feel that politics of hatred is ruining the essence of brotherhood.

‘The religion that has been known for religious tolerance has turned out to be the most violent religion of all and these terrible heinous acts have been going viral and applauded.’

‘People are made to believe that violence is the only way to be and there is extreme lack of freedom of any sort,’ she added.

Urmila Matondkar is contesting general election in India as a candidate of Congress party.