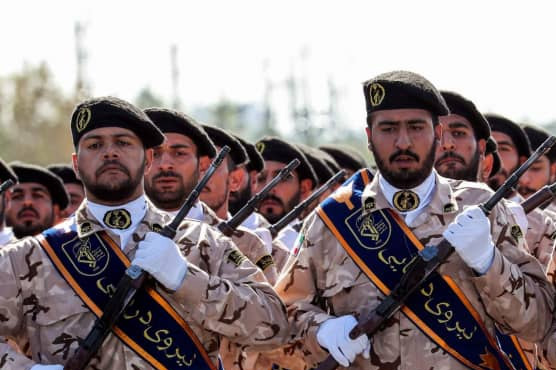 Trump said in a statement that the “unprecedented” move “recognizes the reality that Iran is not only a State Sponsor of Terrorism, but that the IRGC actively participates in, finances, and promotes terrorism as a tool of statecraft.”

The Islamic Revolutionary Guard Corps was formed after the 1979 Islamic revolution with a mission to defend the clerical regime, in contrast to more traditional military units that protect borders.

At home, the Revolutionary Guards have amassed strong power, including with significant economic interests.

The Guards prized unit is the Quds Force, named for the Arabic word for Jerusalem, which supports forces allied with Iran around the region including Syrian President Bashar al-Assad and Lebanon s Hezbollah.

“The leaders of Iran are racketeers, not revolutionaries,” Pompeo said. “Businesses and banks around the world now have a clear duty to ensure that companies with which they conduct financial transactions are not conducted with the IRGC in any material way.”

The Trump administration has already imposed sweeping sanctions on Iran after withdrawing last year from an international agreement under which Tehran drastically scaled back its nuclear program.

A senior Trump administration official said the new measure would criminalize contact with the Guards and “enable our prosecutors to bring charges to those that bring material support to the IRGC.”

Another official said the Guards have “been a principal driver of violence on a vast scale for many decades” in an attempt “to reshape the Middle East in Iran s favor.”

The dramatic escalation of Washington s attempt to undermine Iran s influence comes on the eve of Israeli elections where close Trump ally Benjamin Netanyahu is seeking to extend his 13 years in office.

Trump, who describes himself as the most pro-Israeli US president ever, has recently recognized Israeli sovereignty over the occupied Golan Heights, as well as previously moving the US embassy from Tel Aviv to the contested city of Jerusalem