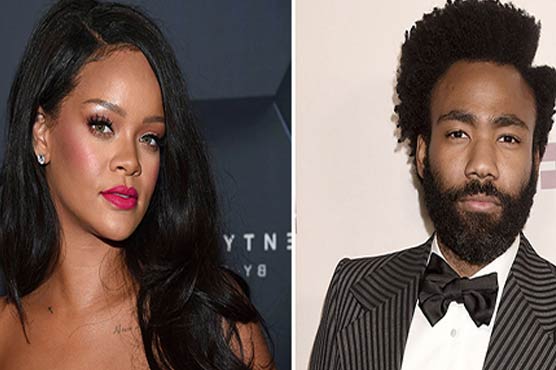 The 54-minute “Guava Island” is set for release just after midnight following Childish Gambino’s headlining performance at the first night of Coachella, the premier desert music festival in California.

YouTube announced a special one-off screening after which the film will be available for screening on Amazon Prime.

Glover and Rihanna made the much-hyped tropical thriller in Cuba with director Hiro Murai, who is also behind Glover’s acclaimed “Atlanta” series and directed the performer’s video for the Grammy-winning hit “This Is America.”

The film — which screened late Thursday at Coachella for a select group — reportedly sees Rihanna play singer Glover’s tough-to-please girlfriend, and centers on themes of music’s power to unify and the weight of capitalism.

“We live in paradise, but none of us actually have the time or the means to live here,” Glover says in a teaser trailer for the film, which is said to feature remixes of his music.

The performer has cited inspirations ranging from Prince’s “Purple Rain” to “City of God” in making the film, and critics have compared his ambitions in the visual realm to those of pop futurist Janelle Monae — who will perform at Coachella just before Glover — and music royalty Beyonce.

Netflix meanwhile has announced it will release Beyonce’s new film “Homecoming” on April 17, a documentary centered on her earth-shaking headliner performance at 2018’s Coachella.

“Homecoming” will show an “intimate, in-depth look” at the performance preparations, Netflix said, showing “the emotional road from creative concept to cultural movement.”

The 2018 highly acclaimed show, which celebrated the lineage of black music primarily in the American South, saw Beyonce perform for nearly two hours with a number of guest appearances including from her sister Solange and her former bandmates from the group Destiny’s Child.