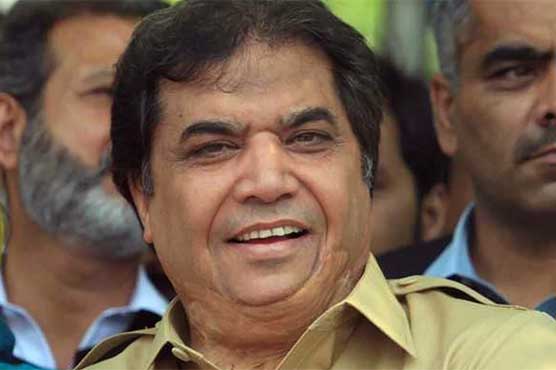 According to details, the release order of the PML-N leader will be received at the jail after which other legal formalities will be completed.

On April 11, LHC had suspended life sentence of Hanif Abbasi in ephedrine case and ordered to release him.

On July 22, a special anti-narcotics court had handed life imprisonment to Hanif Abbasi in ephedrine quota case, four days before the general elections in the country.

Abbasi, who was contesting the upcoming election from NA-60 Rawalpindi, faced charges of misusing 500kg of the controlled chemical ephedrine, which he obtained for his company, Gray Pharmaceuticals, in 2010.

The court, in its verdict announced after six years, ruled that 363kg of ephedrine quota could be accounted for, adding that Abbasi failed to provide evidence of the use of remaining quantity of the drug.

The court acquitted seven other accused in the case, giving them the benefit of doubt.