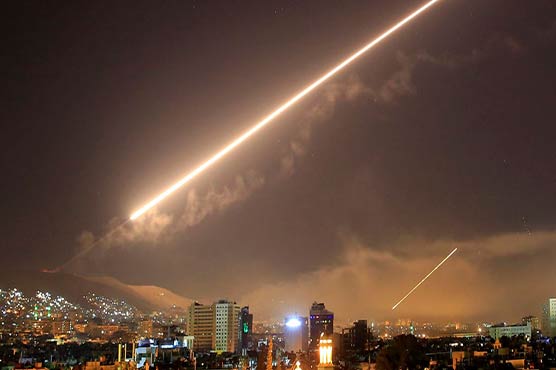 “Around 2:30 am (2330 GMT Friday)… the Israeli air force carried out a strike targeting one of our military positions in the town of Misyaf,” in Hama province north of Damascus, SANA quoted a military source as saying.

“Our air defence batteries intercepted some of the Israeli missiles,” the source said, adding that the strike “wounded three combatants and destroyed buildings.”

Israel has carried out hundreds of air strikes in Syria, most of them against what it says are Iranian and Hezbollah targets.