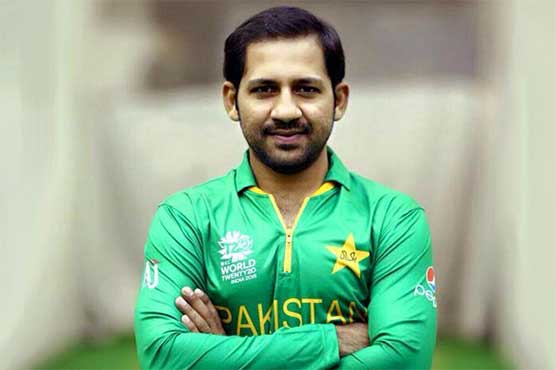 ISLAMABAD (APP) – Skipper Sarfraz Ahmed said he is least bothered for the Men in Blue if they do not want to play green-shirts in the ICC World Cup 2019 saying Pakistan team will give outstanding performance in the extravaganza.

Speaking at a press conference here at a local hotel, he said if India does not want to play Pakistan than it is their problem not ours. “Pakistan team has a very strong middle order and hopefully the players would do well in the mega event,” he said.
Sarfaraz who accompanied the ICC WC 2019 trophy to Islamabad, said all teams playing in the WC are well prepared and tough to beat. “We will try to rectify our mistakes in the warm-matches prior to the WC,” he said.

Sarfraz hinted that Muhammad Rizwan can be included in the WC team as an extra wicket-keeper. On a question regarding the World Cup trophy in Pakistan for the second time on its global tour, Sarfraz said people love to take pictures with the trophy as it makes them happy.

He also appealed the whole nation to pray for the Pakistan team to win the World Cup. The trophy will also travel to Lahore on April 13 and then will stop over at Karachi on April 14.