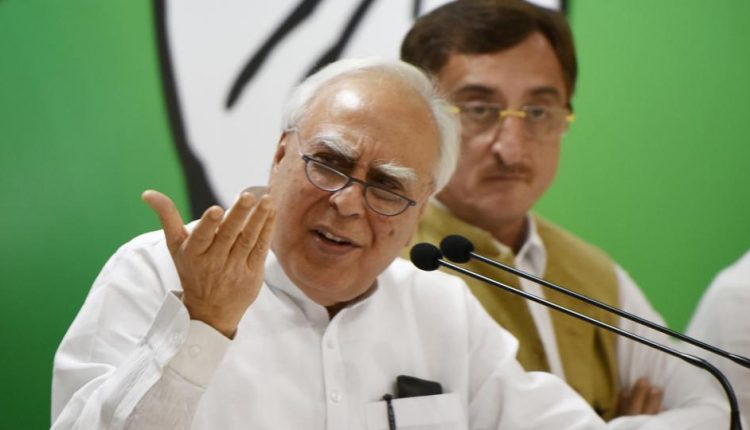 Sibal, speaking during a press conference that was blanked out by Indian media channels, said there was a “sting operation” during which old currency notes were exchanged post-demonetisation for a commission of up to 40 per cent. He added that the currency notes worth thousands of crores were printed abroad and transported into India using a special aircraft.

He alleged that BJP President Amit Shah, his son Jay Shah and Gujarat Deputy Chief Minister Nitin Patel were among those involved in the scam. The Congress leader also claimed that an official of India’s Research and Analysis Wing (RAW) was also involved.

During the presser, two video clips were also played as evidence against the BJP and its associates involved in the matter.

What are you so desperately trying to hide and under whose orders are all channels acting like tin soldiers?

The Congress leader also showed a video during the press conference which showed demonetised currency notes being exchanged for a 15 to 40 per cent commission. Sibal said: “It is another proof of how the Prime Minister Modi-led government looted the people by banning the notes of INR500 and INR1,000 denominations during demonetisation in 2016”.

Another video showed a private bank official exchanging old currency notes with new ones. “The video shows the exchange of demonetised notes with the new ones in a government godown in Maharashtra,” Sibal said, saying the video was shot by an undercover journalist.

“Will this government arrest these people, will the ED [Enforcement Directorate] arrest these people? Will the CBI arrest all the people who are involved? They will not, because ED protects those who loot the country,” Sibal asked.