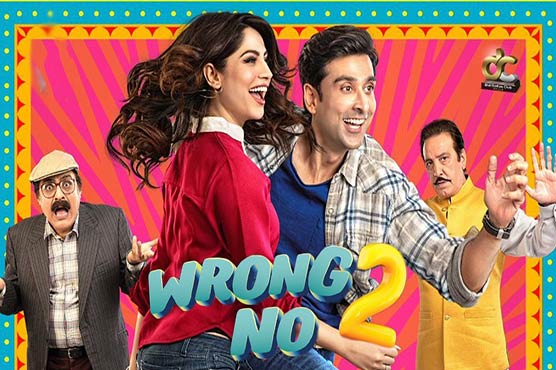 LAHORE :The first teaser of Pakistani artists Neelum Muneer and Sami Khan starrer ‘Wrong No 2’ is out now.

Wrong No.2 is a sequel of wrong No. franchise, which starred Danish Taimoor and Sohai Ali Abro.

The success of the movie at the box office led to the production of the second installment of the rom-com with Sami Khan and Neelum Muneer as the lead pair.

The movie will hit the cinemas across Pakistan this Eid-ul-Fitr.