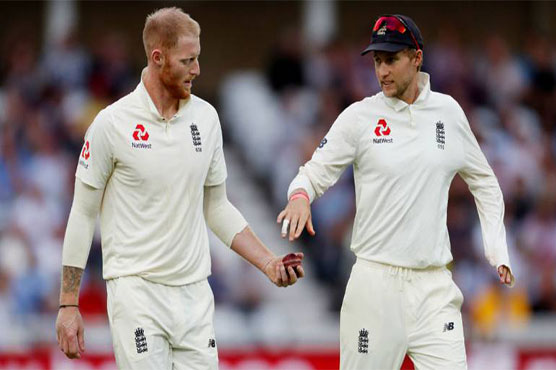 BIRMINGHAM (AFP) – England captain Joe Root is looking forward to having “natural leader” Ben Stokes back alongside him as his Test deputy during the Ashes.

The pair have been friends since their days playing youth cricket, with Root lobbying for Stokes s return to a position the all-rounder held until he was involved in a street brawl in Bristol in 2017.

Stokes missed five months of international cricket, including England s 4-0 Ashes series loss in Australia under Root, before being cleared of affray in a court case in August 2018.

But the 28-year-old was one of the stars of England s triumphant World Cup campaign earlier this season and Root, also involved in that success, is eager to have Stokes back as his Test vice-captain after Jos Buttler took over the role.

“I have asked for a long time (to have Stokes back as vice-captain) but he was made available at the end of the World Cup,” Root said during his pre-match press conference at Edgbaston on Wednesday, on the eve of the series opener.

“It is fantastic to have Ben back, not just playing and playing back somewhere near his best — it has been coming a long time.

“The way he stepped up in big moments in that World Cup was just him down to a tee. It is what he does — he responds well to responsibility and to the big moments.

“He offers with all three departments — he bowls, bats and he is one of the best fielders and he drags people with him as a natural leader on the field and in the dressing room.”

Root praised Buttler but said Buttler was aware Stokes would be brought back as vice-captain when there was an opportunity to do so.

England s World Cup win under the leadership of one-day specialist Eoin Morgan achieved a long-held goal but Root rejected suggestions that meant the pressure to regain the Ashes had eased as a result.

“I think if you speak to anyone who has captained England and is on the verge of an Ashes series, to say it doesn t mean as much as any other event, I don t think any of them would agree,” he said.

“It s huge. It s a great opportunity. Cricket in this country is probably at an all-time high, it s got interest it probably hasn t had for a long time and we ve got an opportunity as a team to make this summer a very memorable one.”

Root is going back up to number three in the batting order and Joe Denly dropping down to four as England look to shore up their struggling line-up.

“I think it s important to spread the experience out and it gives me an opportunity to lead from the front as well,” said Root, England s best batsman.

“I also feel I m in a place where I ve got my head around the captaincy and my batting and I m able to separate the two.”

World Cup-winner Jofra Archer will have to wait for his Test debut after the fast bowler was left out of England s team announced on Wednesday following his struggles with a side injury.

“Jofra is obviously coming back from a very serious injury,” said Root. “We looked at conditions, what we thought was best… and it also allows him time to get absolutely ready and fit.”

Nash, who was hit by Sobers for six sixes in an over, dies at 74