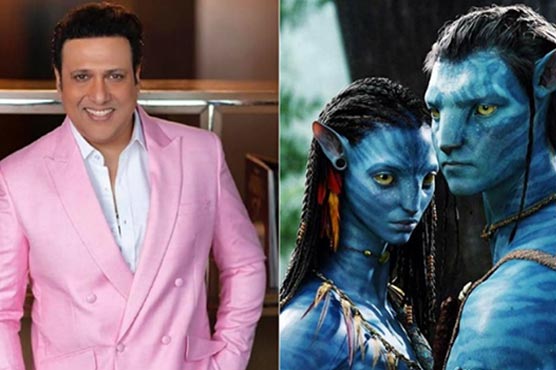 Govinda reveals reason behind not acting in blockbuster ‘Avatar’

MUMBAI – Bollywood actor Govinda, while revealing the reason behind not signing James Cameron’s blockbuster film ‘Avatar’, said that he refused the offer as he couldn’t set aside 410 days for the shooting.

In a television show, Govinda said that he rejected the main role in the Avatar because he was not okay with the use of body paint.

He also claimed that he suggested the movie name to Cameron.

“I gave the title of the film (Avatar). It turned out to be a super hit film. I told him (James Cameron) that the film will do really well. I told him that I feel it will take seven years for him to complete the film. He got angry. When I said so, he asked, ‘How can you be so sure that I won’t be able to make Avatar for seven years?’ I told him that what he was imagining was something almost impossible,” Govinda said.

Yasir discloses to have gotten engaged with Iqra in Feb