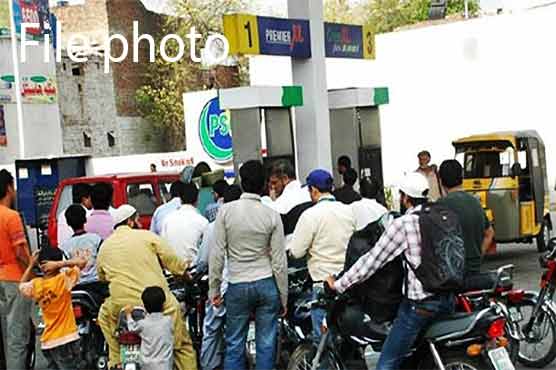 ISLAMABAD – The government on Wednesday has increased petroleum products prices for the month of August 2019.

The prices of kerosene oil and light diesel oil has also been increased by Rs5.38 and Rs8.90 respectively.

Earlier last month, Finance ministry had decided against increasing the prices of petroleum products. It was announced that prices would not be increased.

It is pertinent to mention here that earlier it surfaced on media that Oil consumers may face a hike of Rs2.30 per litre in the price of high-speed diesel (HSD) for July 2019. However, they may get some relief in the petrol price.

High-speed diesel is widely used in agriculture and transport sectors and an expected increase in its price would have direct inflationary impact on the masses. The hike in the diesel price will push up the rate of inflation.

Ogra had also proposed an increase of Rs0.26 per litre in the price of light diesel oil (LDO). This product is used in the industry. If the proposed increase in its price is approved, its rate will jump to Rs88.88 per litre against the existing Rs86.62 per litre.

The regulator had recommended a reduction of Rs2.94 per litre in the price of kerosene oil. Kerosene oil is used for cooking purposes in remote areas where liquefied petroleum gas (LPG) is not readily available.

In case, the recommendation is endorsed, the price of kerosene oil will come down to Rs95.52 from Rs98.46 per litre.

If the government approves the proposed hike in the HSD price, its rate will go up to Rs129.12 per litre from the current Rs126.82. On the other hand, if the price is slashed, petrol will cost Rs111.91 per litre compared to the current Rs112.68.

LPG price goes up by Rs2 per kg