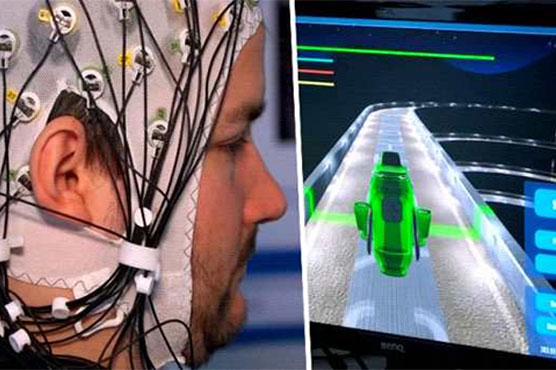 ZURICH (Reuters) – Scientists in Switzerland have developed a system which allows people with severely-impaired motor functions, such as quadriplegia, to use video games using only the power of their brain.

Samuel Kunz, who was paralysed after an accident, uses the brain-computer interface to control an avatar through a race course in a specially-designed computer game called ‘Brain Driver’. The ultimate aim of the research is to develop technology to control devices such as wheelchairs for those with a limited ability to move.
Kunz, who is taking part in the trial, is able to ‘pilot’ the digital race-car using only his brain signals transmitted to a computer via electrodes placed on his head. 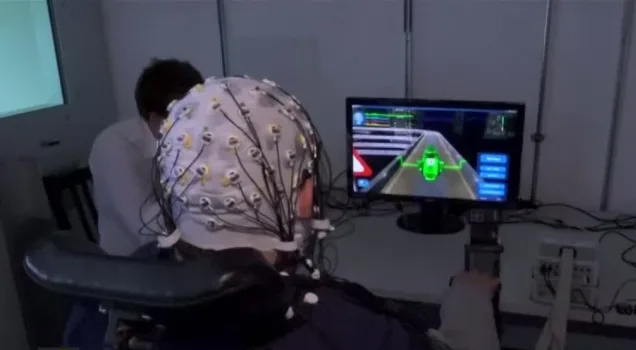 “These electrodes are connected to an amplifier and then to the computer and to our algorithms in the end. The algorithms are then calculating the brain signal and sending commands to the game that our pilot can actually control,” Dr. Rea Lehner, a neuroscientist at ETH Zurich explained.

Kunz said it has taken a lot of practise to train his mind to control the game; which will be made even more difficult in a stadium full of people. He will be among those taking part in a special championship next year called Cybathlon in which people with physical disabilities compete against each other using state-of-the-art technology.

“I have to be very concentrated. The connection between my fingers and my brain is not there anymore. I still try to move my fingers just in my head and so that needs a lot of concentration to do it exactly the same way every time,” Kunz told Reuters during a training session in Zurich.

In the Cybathlon ‘Brain Driver’ event, four participants will compete in a race and will be able to see the position of their avatar and the competing avatars. The first participant to cross the finish line wins the race, with a time limit of four minutes. The inaugural Cybathlon was held in Zurich in 2016, with the next event scheduled for 2020.

ETH Zurich’s professor for neural control of movement, Nicole Wenderoth, explained that their biggest challenge is decoding the complex brain signals using non-invasive sensors. But, she said, the next generation of technology will probably mean sensors and electrodes implanted directly into the brain.

In a separate development in the field, Elon Musk’s start-up Neuralink is aiming to connect the human brain with a machine interface “before the end of next year”, the CEO announced in July.

Speaking in San Francisco on July 16, Musk presented “version one” of his neuron-sized threads and microprocessor chips that he claims will help people with severe brain injuries and eventually allow humans to connect with advancing artificial intelligence (A.I.) technology.