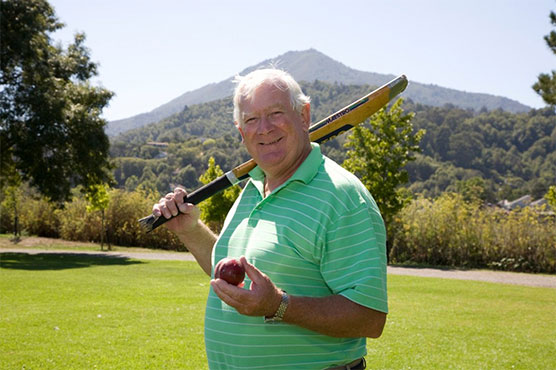 Nash, who was hit by Sobers for six sixes in an over, dies at 74

LONDON (AFP) – Malcolm Nash, the Glamorgan bowler who entered cricket folklore when Garfield Sobers struck him for six sixes in an over, has died at the age of 74.

Nash s name was forever linked with that of Sobers after the West Indies star went on the attack during a County Championship match between Glamorgan and Nottinghamshire at Swansea in 1968.

It was the first time any batsman had hit six sixes in an over in first-class cricket.

The first five balls were dispatched cleanly by the West Indian and the sixth was carried over the ropes by a fielder.

Sobers had been frustrated by his team s slow progress as Nottinghamshire were approaching a declaration and Nash was experimenting with slow bowling.

“Malcolm was a true Glamorgan legend whose exploits have gone down in club folklore,” chief executive Hugh Morris told the club s website.

“His name is connected with that of Garry Sobers… but he was a fantastic cricketer who was an integral part of the club s history and the side that lifted the County Championship in 1969.”

Nash died in hospital in London after being taken ill at a function at Lord s Cricket Ground on Tuesday.