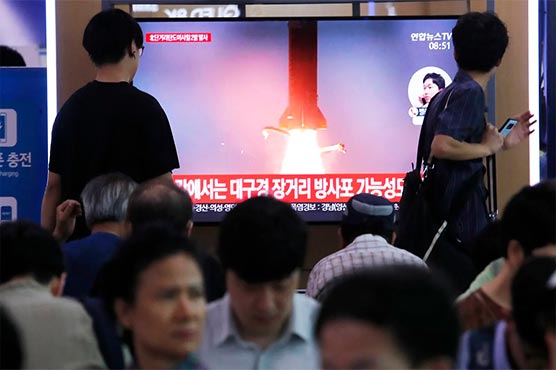 SEOUL (AP) — South Korea s military said North Korea conducted its second weapons test in less than a week Wednesday, firing two short-range ballistic missiles off its east coast in a move observers said could be aimed at boosting pressure on the United States as the rivals struggle to set up fresh nuclear talks.

South Korea s Joint Chiefs of Staff said in a statement that the missiles were launched from Wonsan, a city the North pushes as a vacation destination but that it also uses as a regular launch site.