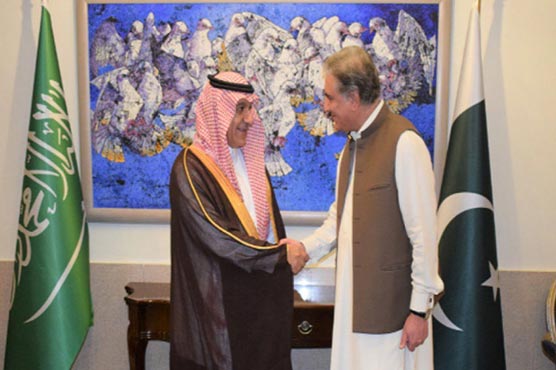 ISLAMABAD: Pakistan and Saudi Arabia have agreed to expand bilateral cooperation in the fields of information and culture.

The understanding came at a meeting between Foreign Minister Shah Mahmood Qureshi and Saudi Minister for Media Turki bin Abdullah A-Shabana in Islamabad on Wednesday.

Speaking on the occasion, the foreign minister said Pakistan and Saudi Arabia have long maintained historical and cultural relations, and Pakistan gives high value to its ties with Saudi Arabia.

He said the two countries have unanimity of views on important regional and global issues.

He said establishment of Pak-Saudi Supreme Coordination Council is an important step toward promotion of political, economic and cultural cooperation between the two countries.