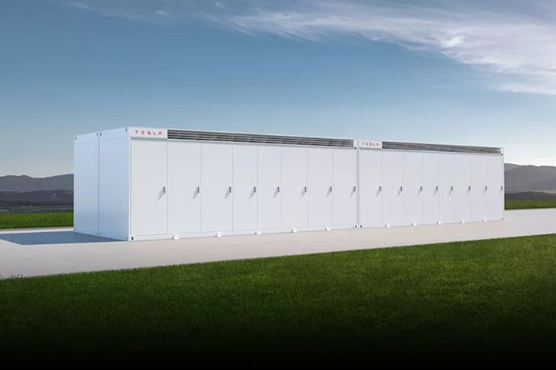 Each Megapack can store up to 3 megawatt hours of energy and convert up to 1.5 megawatts of energy from a direct current (DC) to an alternating current (AC) so homes can use it.
Tesla had previously used its industrial-size Powerpack batteries for large-scale projects, but says the Megapack has 60 percent more energy density.

A system of Megapacks is more cost-effective and can be installed faster than a fossil-fuel power plant, Tesla says, and the Megapacks can store energy generated by wind turbines or solar panels.

The electric-car and energy company will use Megapacks in a California installation operated by the Pacific Gas and Electric Company and designed for use when demand for energy from local grids is greater than their supply.

“Battery storage is transforming the global electric grid and is an increasingly important element of the world’s transition to sustainable energy,” Tesla said in a blog post on its website.
In 2017, Tesla used Powerpacks to install in Australia what it says is the world’s largest lithium-ion battery to support local energy grids. The project reduced costs by almost US$40 million during its first year, Tesla says.

Storage has come to account for an increasingly large percentage of Tesla’s energy business, which also includes solar panels. While solar installations have declined in recent years, installed storage-capacity has increased.

This article was originally published by Business Insider.