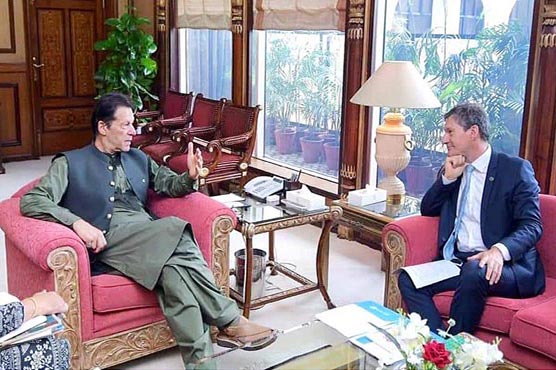 ISLAMABAD (APP):Prime Minister Imran Khan Wednesday said the government was focusing to address the issue of malnutrition and adulteration which were adversely impacting the growth of young population.
The prime minister was talking to UN Resident Coordinator Neil Buhne who called on him here at the PM office.
Minister for Economic Affairs Division Muhammad Hammad Azhar and Special Assistant Dr. Sania Nishtar were also present during the meeting, PM office media wing said in a press release.