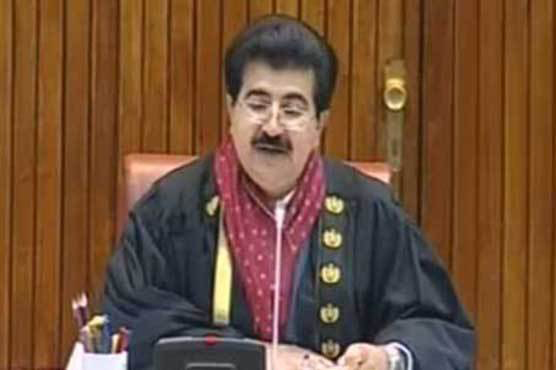 ISLAMABAD ( CITY NEWS HD )– As the government and opposition are set to lock horns in an unprecedented Senate session on Thursday (today) for the chairmanship of the upper House of the Parliament, the opposition in the senate has apparently gained the support of 65 senators for its joint candidate Hasil Bizenjo, whereas the incumbent chairman Sadiq Sanjrani is being backed by 36 senators, who are in alliance with the ruling Pakistan Tehreek-e-Insaf (PTI)

The total number of Senate seats is 104. There are currently 103 senators as Ishaq Dar of the PML-N is yet to take oath.A total of 53 votes are required to remove the chairman and deputy chairman from their offices. The opposition has a total of 67 members, one of whom (Ishaq Dar) has still not taken oath. Out of the remaining 66 senators, two belong to Jamaat-i-Islami, which has decided to abstain from the proceedings.
The PTI has 14 senators, and its ally, the Balochistan Awami Party (BAP) of which Sanjrani is a member, has eight. Seven senators from the erstwhile Fata are also with the ruling party. Its other allies include, the Muttahida Qaumi Movement (MQM) with five senators and the Pakistan Muslim League-Functional (PML-F) and the Balochistan National Party-Mengal (BNP-M) with one senator each.

PML-N, PPP apparently opponents but alike from within: Shahbaz Gill