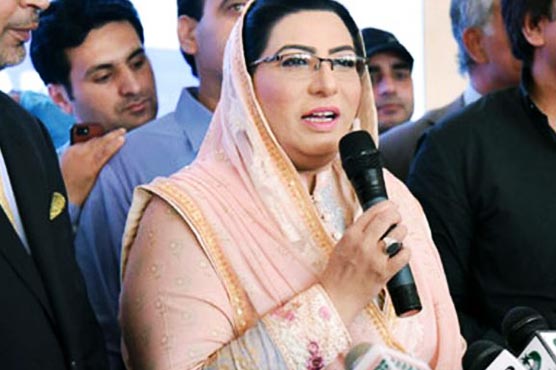 ISLAMABAD 9 CITY NEWS HD )– Special Assistant to Prime Minister on Information and Broadcasting Dr Firdous Ashiq Awan on Thursday has said that majority of the senators believe in transparency of the system.
Talking to media, Dr Firdous pointed out at the voting of no-confidence motion against Senate Chairman Sadiq Sanjrani and said that whatever is going on in the upper house has nothing to do with democracy.
Lauding Prime Minister (PM) Imran Khan’s steps for economy, she said that the premier is leading the country towards development while keeping in view the national interest.
Earlier, Dr Firdous said that Pakistan Muslim League-Nawaz (PML-N) leaders have no courage to listen to the truth of Special Assistant on Accountability Shahzad Akbar.
She said that PML-N leaders are resorting to mud-slinging on Shahzad Akbar as they have no evidence to prove their innocence. Those who plundered the national exchequer will have to face accountability in Naya Pakistan, she asserted.
The special assistant said that PML-N spokespersons can never turn black into white.