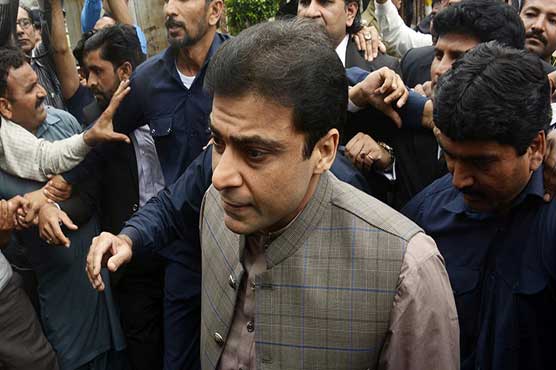 ISLAMABAD ( CITY NEWS HD )– An accountability court has on Thursday extended Leader of the Opposition in the Punjab Assembly Hamza Shahbaz’s judicial remand till August 9.
The accountability judge allowed Hamza Shahbaz to express his views. The Pakistan Muslim League-Nawaz (PML-N) leader maintained that the National Accountability Bureau (NAB) cannot prove any corruption charges against him.
“The anti-corruption watchdog will not be able to succeed in proving any corruption charges against me till the Day of Judgment. I will apologize to the nation as well as the court if proven guilty,” Hamza Shahbaz affirmed.
On the other hand, Leader of the Opposition in the National Assembly Shehbaz Sharif sought exemption from court appearance today. The PML-N president took the stance in his petition that he is busy in Senate election and cannot appear before the court.