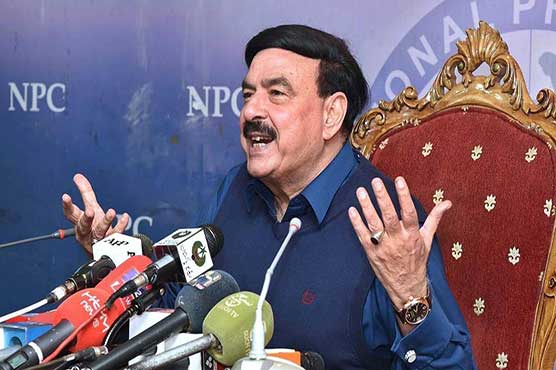 ISLAMABAD ( CITY NEWS HD ) – Federal Minister for Railways Sheikh Rasheed Ahmad has asserted that whosoever wins in the voting of no-trust motion against Senate chairman, it would be a loss to democracy in the state.
“The government [still] has amulets which had been used before,” he said, adding that Jamiat Ulema-e-Islam-Fazl (JUI-F) chief Fazlur Rehman has been playing foul, and would achieve nothing from it.
The railways minister emphasised on his full support for Punjab Chief Minister Usman Buzdar as “bureaucracy has not been working [correctly].”
“[New] laws need to be formulated for government officers under NAB laws as government officers are afraid by those laws,” he said.
Ahmed said Prime Minister Imran Khan would complete his term of five years and no horse-trading was being done in the election of the Senate chairman.