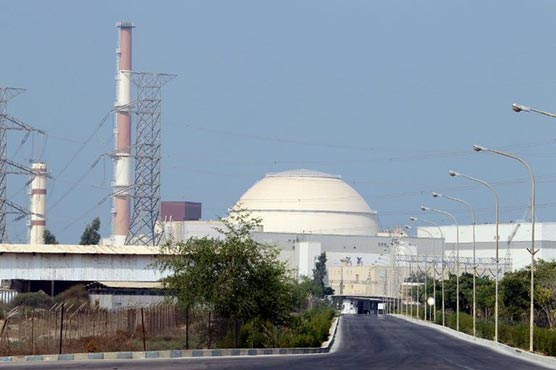 WASHINGTON (AFP) – The United States said Wednesday it was extending waivers for three civilian nuclear projects in Iran, despite Washington’s withdrawal from the 2015 nuclear agreement.
“This is a short 90 day extension,” said White House National Security Advisor John Bolton, a champion of the hawkish policy towards Tehran.
“We are watching those nuclear activities very, very closely, they remain under daily scrutiny,” he told Fox Business.
The projects include the Bushehr nuclear power plant, the Arak heavy water reactor, which has been modified under the supervision of the international community to render it impossible to produce plutonium for military use, and the Fordow fuel enrichment plant.
The State Department downplayed the move, as it did when it last granted an extension in May, describing the waivers as “continued restrictions on the Iranian regime’s nuclear program”.
“The action today will help preserve oversight of Iran’s civil nuclear program, reduce proliferation risks, constrain Iran’s ability to shorten its ‘breakout time’ to a nuclear weapon, and prevent the regime from reconstituting sites for proliferation-sensitive purposes,” Secretary of State Mike Pompeo’s spokeswoman Morgan Ortagus said in a statement.
In reality, the move extends exemptions for the three Iranian civil nuclear projects, the State Department confirmed to AFP.
There was debate in President Donald Trump’s administration about these exemptions, with hawks saying that after Washington’s withdrawal from the Iran nuclear deal in 2018, it would have been logical to stop them in order to further increase the pressure on Tehran.
But the more moderate line has prevailed for the moment, so as not to upset the other signatories to the 2015 deal — China, Russia, Germany, France and Britain — amid escalating tensions between the US and Iran.
The 2015 agreement promised that world powers would assist Iran in developing civilian nuclear energy — the clerical regime’s stated goal for its atomic program.
The waiver announcement came as Washington imposed sanctions Wednesday on Iranian Foreign Minister Mohammad Javad Zarif.