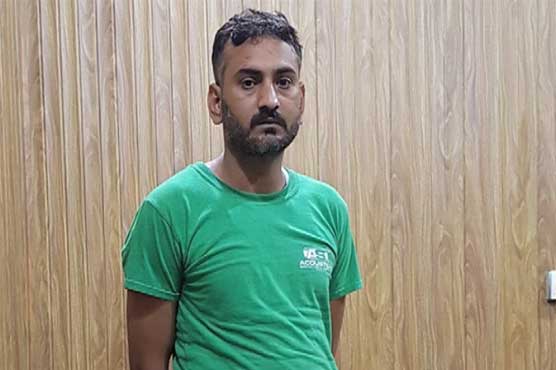 GUJRANWALA (CITY NEWS HD) – Federal Investigation Agency (FIA) personnel conducted an operation near Lari Adda in Gujranwala and arrested an Indian national Panjum Tiwari, Dunya News reported.
According to deputy director FIA Amir Nawaz, Panjum Tiwari is resident of Indian city of Banaras (Now known as Varanasi) and entered Pakistan illegally ten years ago.
Amir Nawaz informed that Panjum Tiwari and Kamran, a resident of Gujranwala, became friends in 2009 after which Tiwari entered Pakistan illegally.
Kamran also helped Tiwari to obtain computerised national identity card (CNIC) under a false name Bilal. The arrested Indian national was living in Gujranwala for the past 10 years and also got married with Kamran’s sister.
The FIA has registered a case against Panjum Tiwari and started investigation.